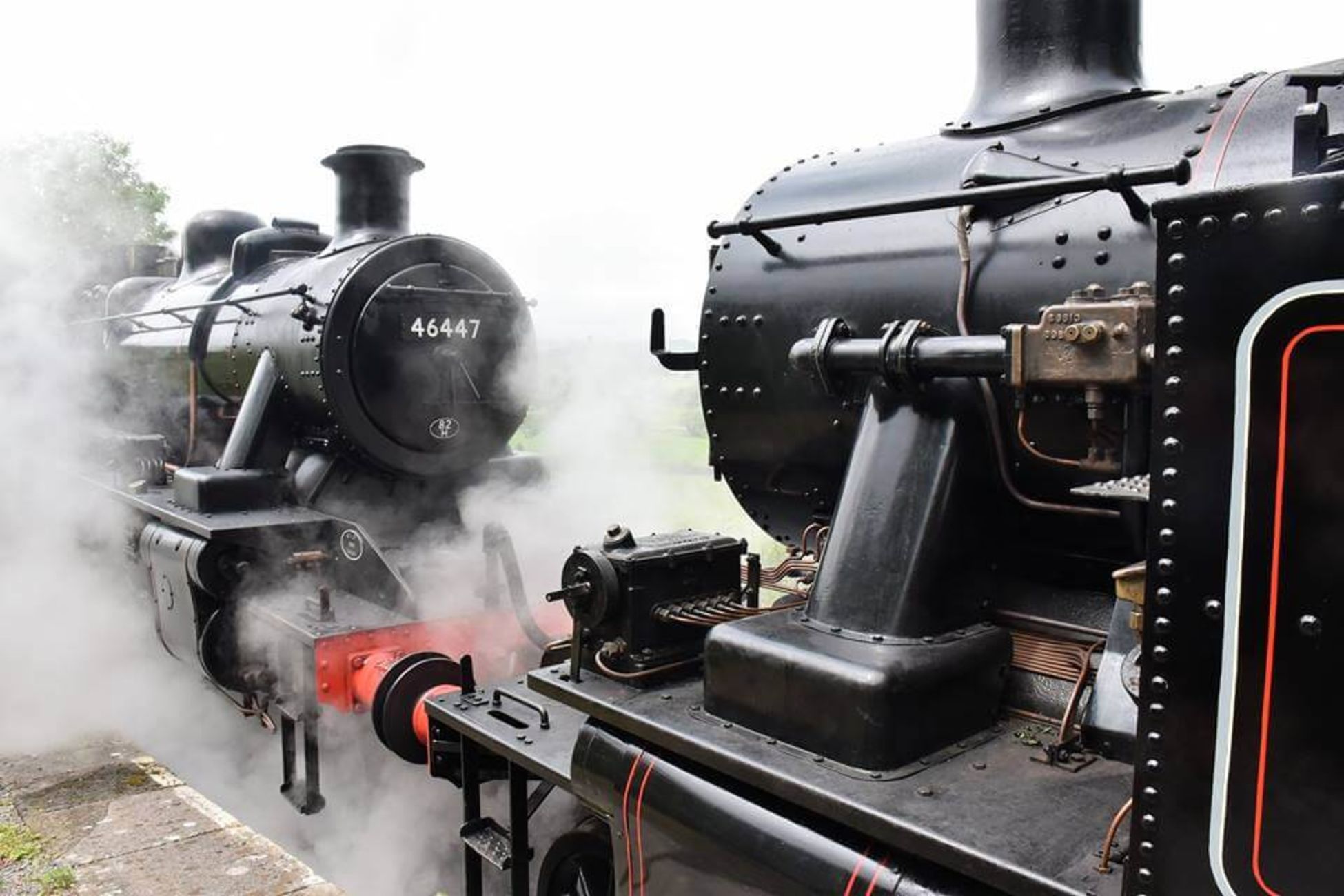 We have three steam locomotives based at the East Somerset Railway.

1719 has had an array of names including 'Hurlford Fireclay Works No.2' and 'Glenfield No.2'.

By early 1966, 1719 was offered for sale but was not sold until March 1972 to a local scrap merchant and later that month she was resold just before scrapping was due to commence.

1719 was moved for storage purposes to the National Coal Board in Northumberland on 14th April 1972, then on the 6th May 1973 she was moved to Radstock for a further period of storage, until 5th November 1975 when she moved to the East Somerset Railway.

1719 was still known as 'Glenfield No.2' when a complete overhaul began in 1978 and in 1984 she was purchased by Nan and Dick Bellchambers.  Shortly after the purchase, the overhaul was completed and she emerged in 1985 in blue livery, renamed 'Lady Nan'.

'Lady Nan' was hired to the National Railway Museum at York but she returned to the East Somerset Railway during 2000.

In March 2005, a second overhaul of 'Lady Nan' began and she returned to service in 2007.  The third overhaul was far quicker and took place over several months in 2017, letting 'Lady Nan' get back to proudly running our Driver for a Tenner!

46447 was first allocated to the Crewe North shed and worked in and around the north of England and Wales.

In December 1966, 46447 was withdrawn from service and sold to Woodham Brothers for scrap.  On 7th June 1972, 46447 was purchased by the Ivatt Locomotive Trust and moved to Quainton Road, Buckinghamshire.  Restoration was started but the Ivatt Locomotive Trust subsequently decided that 46447's future was to be at the Isle of Wight Steam Railway and she was transferred to Havenstreet during October 2008.

46447 underwent a complete overhaul and returned to service on the 26th October 2014 (her first day of passenger service since 1966), which was a break of 48 years.

46447 continues to be on loan to the East Somerset Railway and it is one of our two main engines.

Locomotive 4555 was built at Swindon and started its working life in 1924 at Tyseley depot. It was built with outside steam pipes, enlarged bunker and improved superheating unlike earlier members of the class which were modified later.

During its service under BR ownership it spent its time between January 1948 and September 1957 at Machynlleth and Pwelheli, moving quite often between the two depots. In September 1957 it was moved to Westbury where it stayed for nearly two years before moving to Newton Abbott in August 1959. Here it spent some time in store before moving on to St Blazey in March 1962. In May 1962 it was transferred to Pymouth Laira from where it was withdrawn from service in November 1963.

4555 worked occasionally on the Dart Valley branch and headed the last BR freight train on the line in 1962. In October 1965 it travelled light engine down to Exeter on its way to Buckfastleigh. At Exeter, along with 3205 it took over a special train hauled by Pendennis Castle as far as Totnes. It was purchased, in working order, for preservation straight from BR service in 1965 and was the first engine to arrive on the newly preserved line in 1965. The engine was purchased from BR for £750 which included BR giving it a light overhaul at Swindon. Also included was a spare boiler and a van full of spare parts.

4555 hauled the official opening train on the Dart Valley Railway with Dr Beeching aboard in 1969. When the then owners of the line purchased the Paignton to Dartmouth line in 1973, 4555 was one of the locomotives transferred over there to work what was then known as the Torbay Steam Railway (now called the Dartmouth Steam Railway), where it remains to this day.

The loco is on hire to the ESR for a period of 3 years. 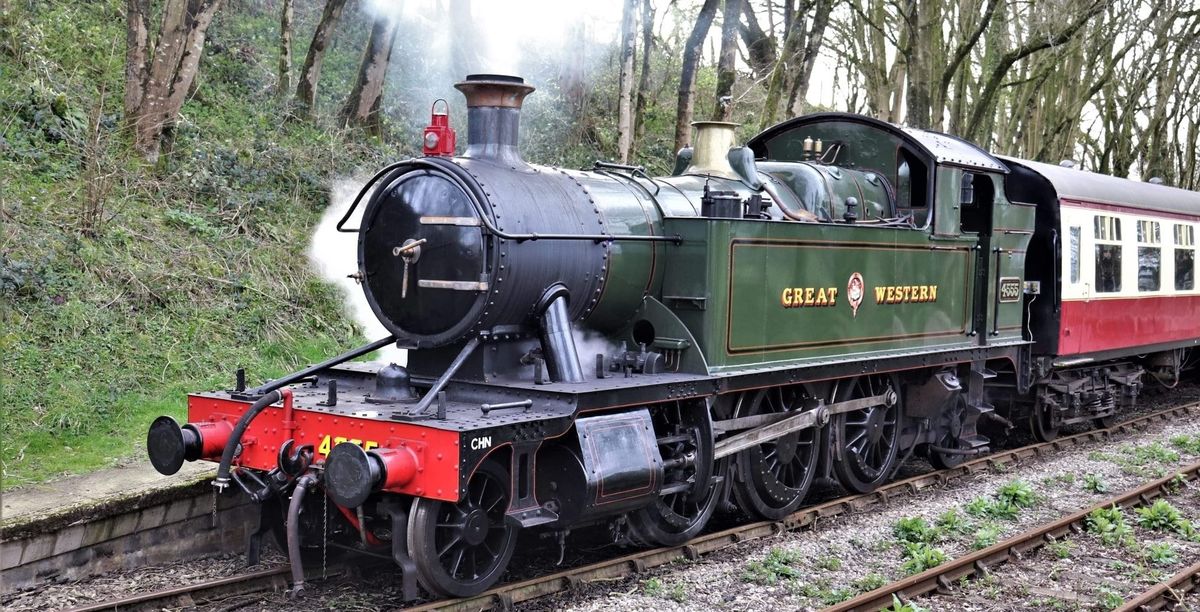