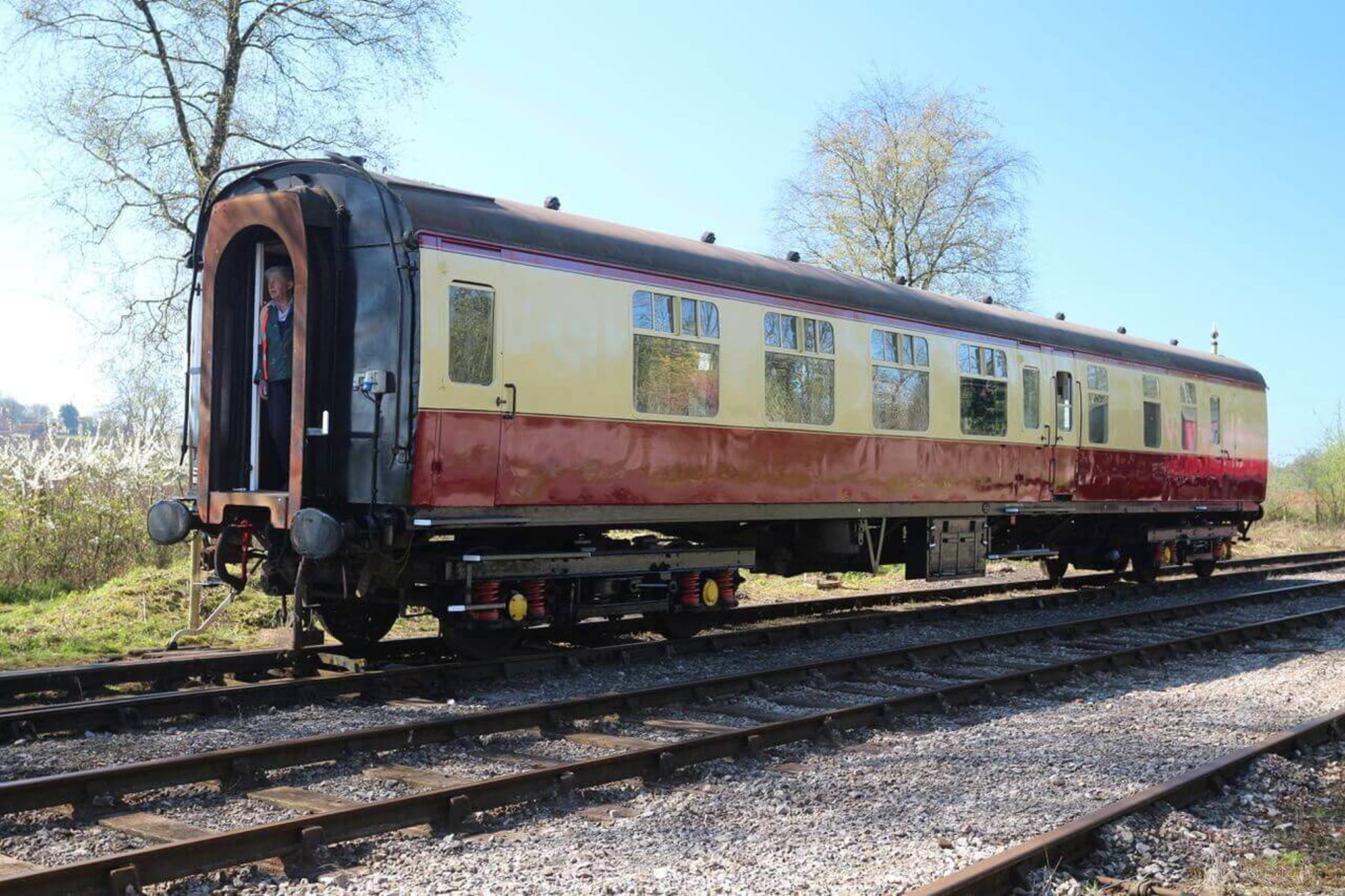 The ESR currently has 6 operational BR MK1 coaches originally built in the 1950s and 60s providing the mainstay of its regular services including the wine and dine trains, with one other in the process of restoration and conversion.  In addition it has a unique experimental plastic bodied non corridor coach used on some event days.

The BR Mk1 coaches form the mainstay of many heritage railways and give our customers the chance to experience travel as it was in the 1950s and 60s.

Our commercial restoration business CTMS has a lot of experience in renovating MK1 coaches for other heritage railways.  These 50 - 60 year old coaches require regular overhauls and we are always looking for volunteers to join our carriage and wagon department to learn how to maintain and restore our heritage rolling stock.

This Mk 1 Full Brake coach (BG) was originally built in 1958 by Metro Cammell to diagram no. 711 lot No.30228.  It was preserved in 1987 and in later years has been adapted to provide kitchen and bar facilities for our wine and dine services.  This vehicle will be replaced  as soon as restoration and conversion of a replacement coach is complete. 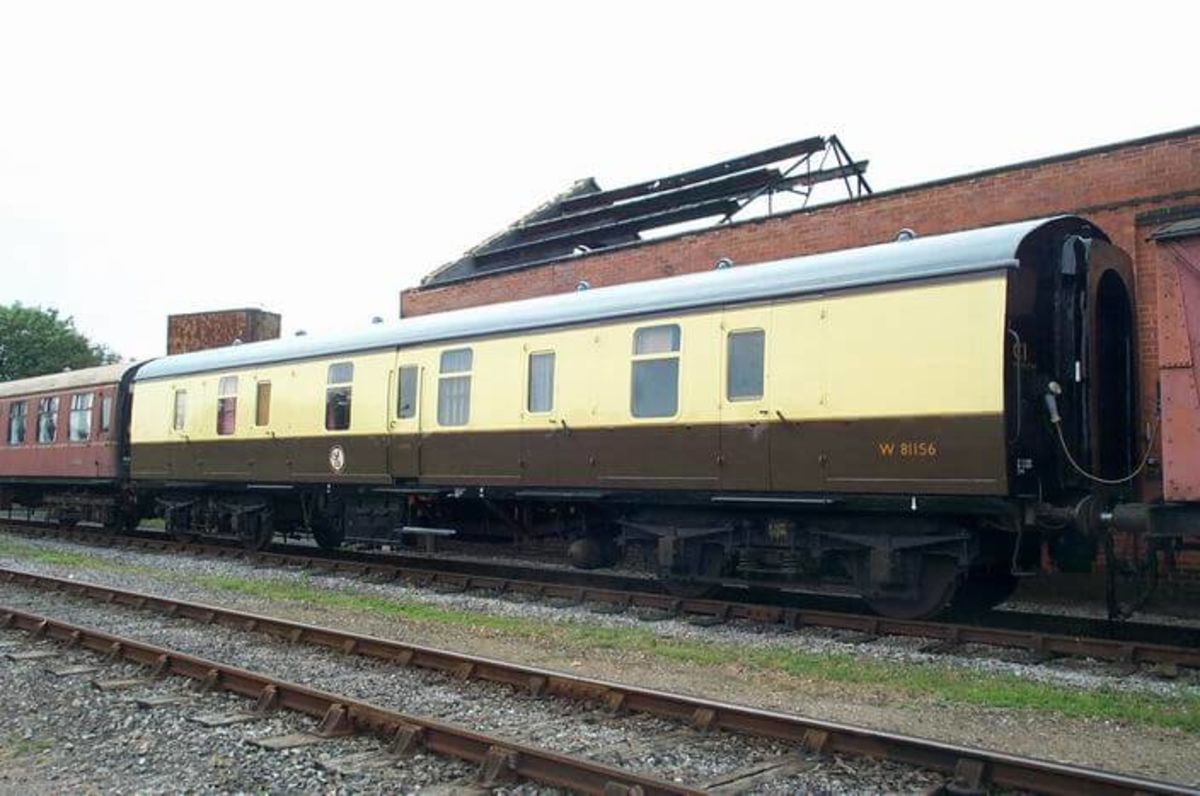 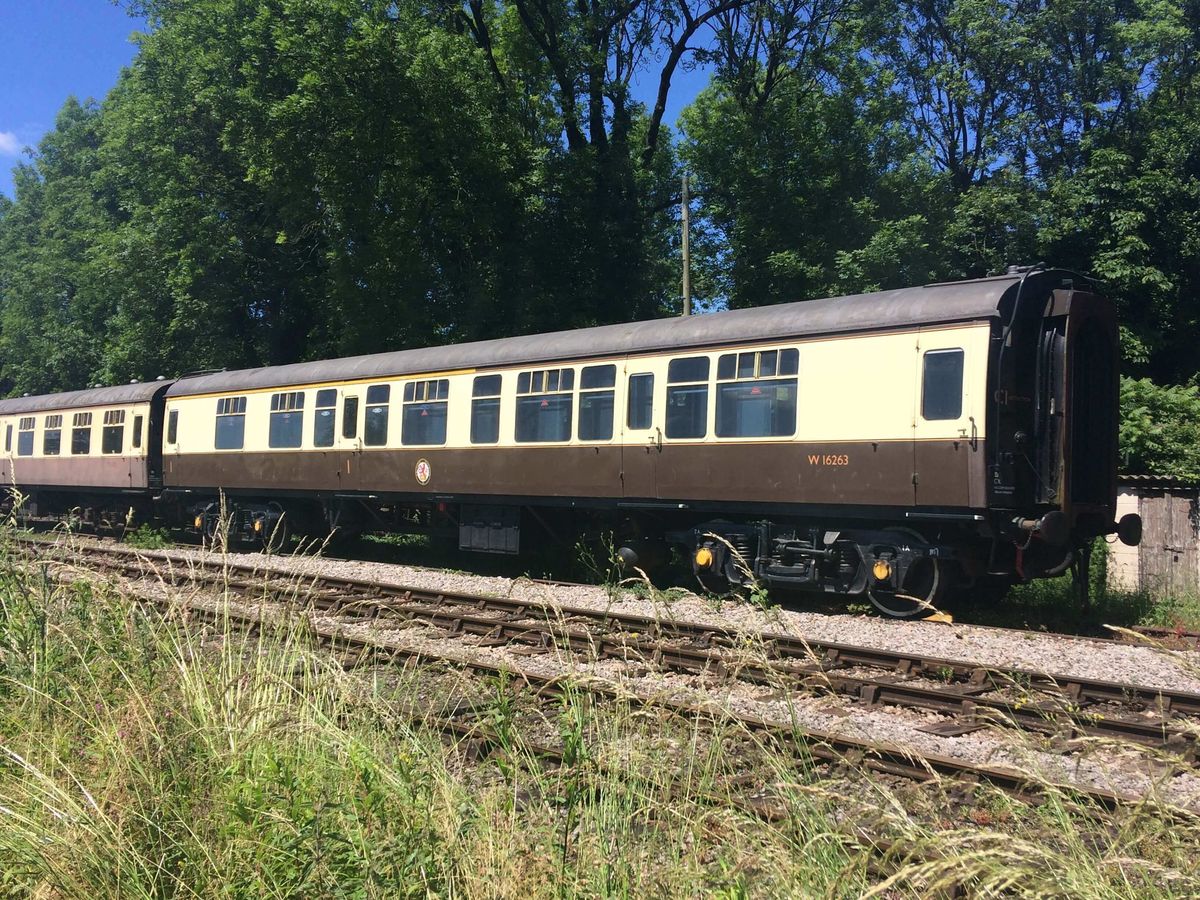 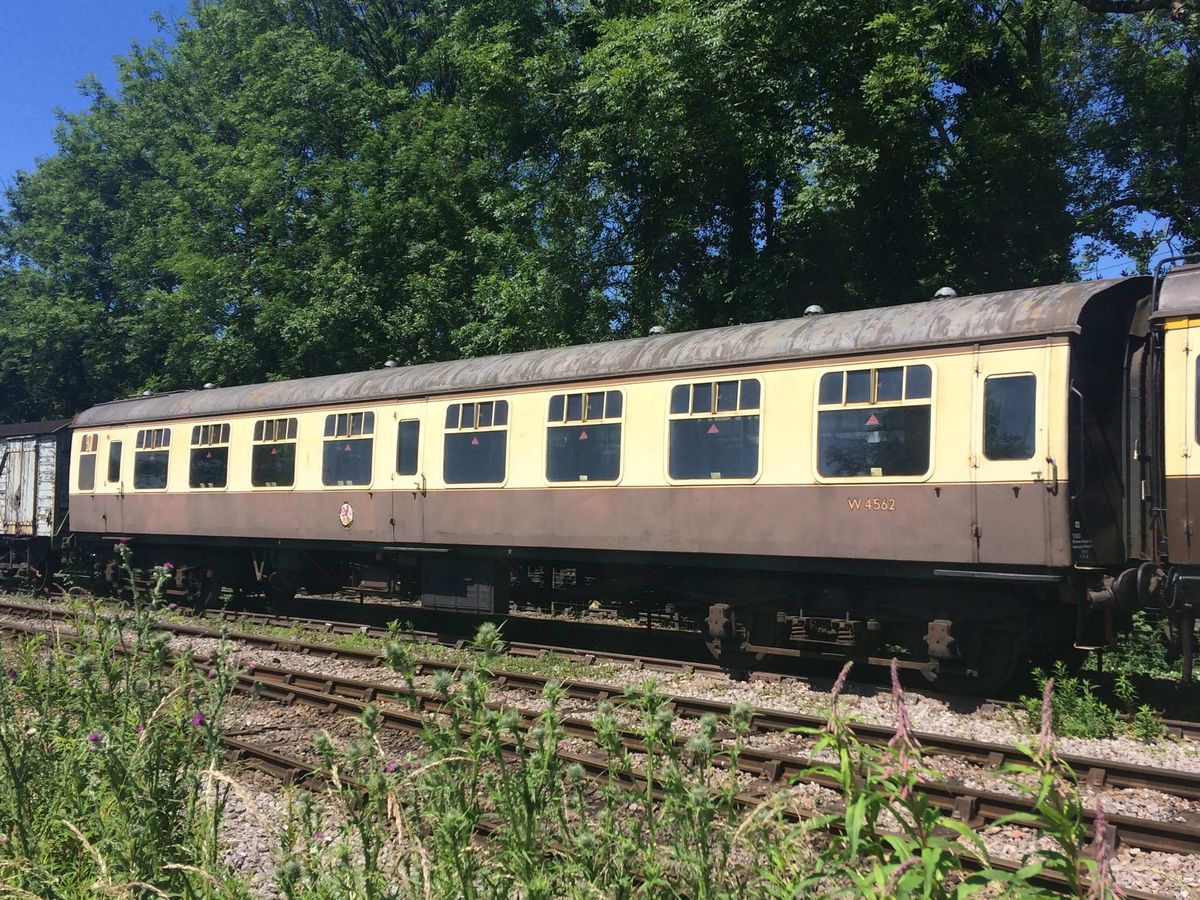 This Mk1 Tourist Second Open coach (TSO) was built by BR at its York works in 1956 to diagram No.93, lot 30375 and was preserved in 1984 by the Swindon and Cricklade Railway and then came to the ESR in 2006 when restoration began. 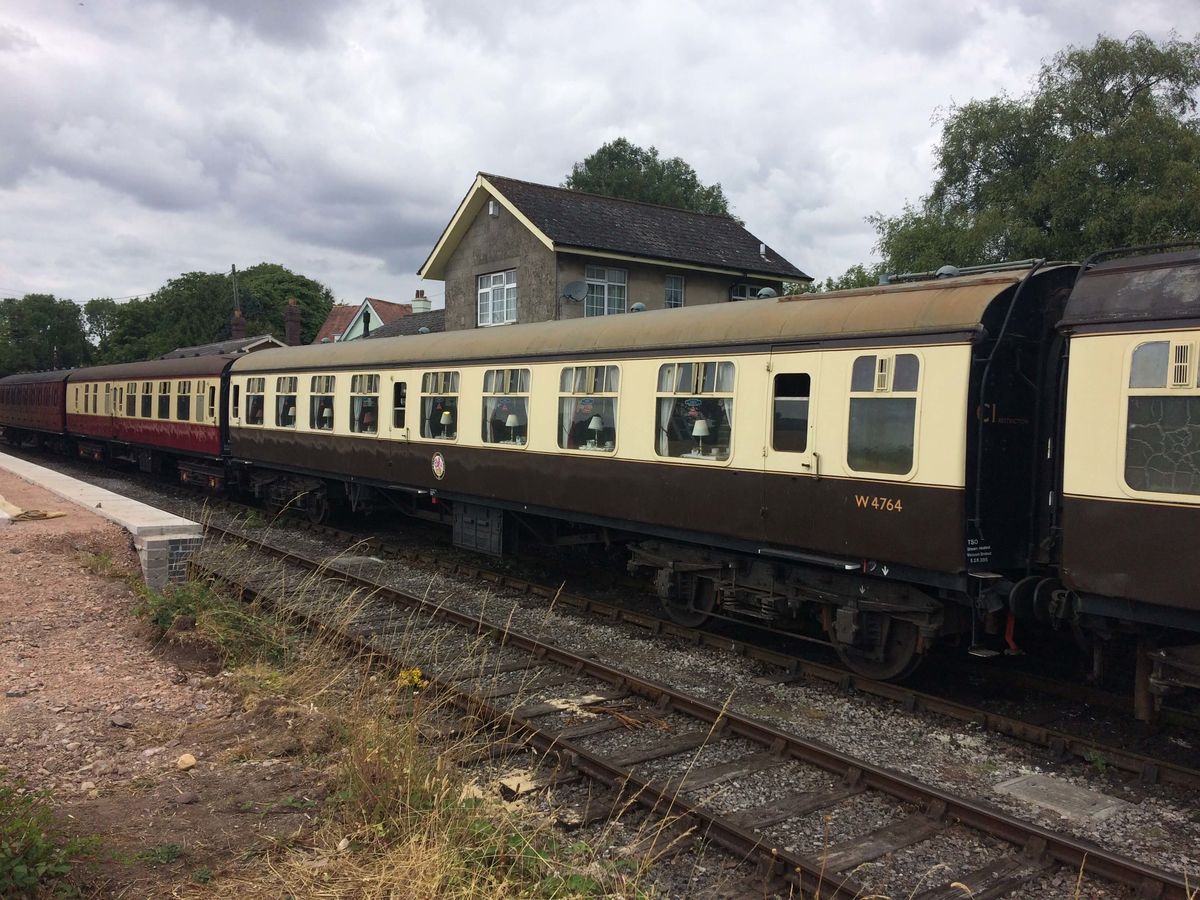 This Mk1 Tourist Second Open coach (TSO) was built by BR at its Wolverton works in 1960 to diagram No.89, lot 30646 and was preserved in 1991.  The ESR has restored the coach as a First Class diner and it is used on the popular wine and dine trains. 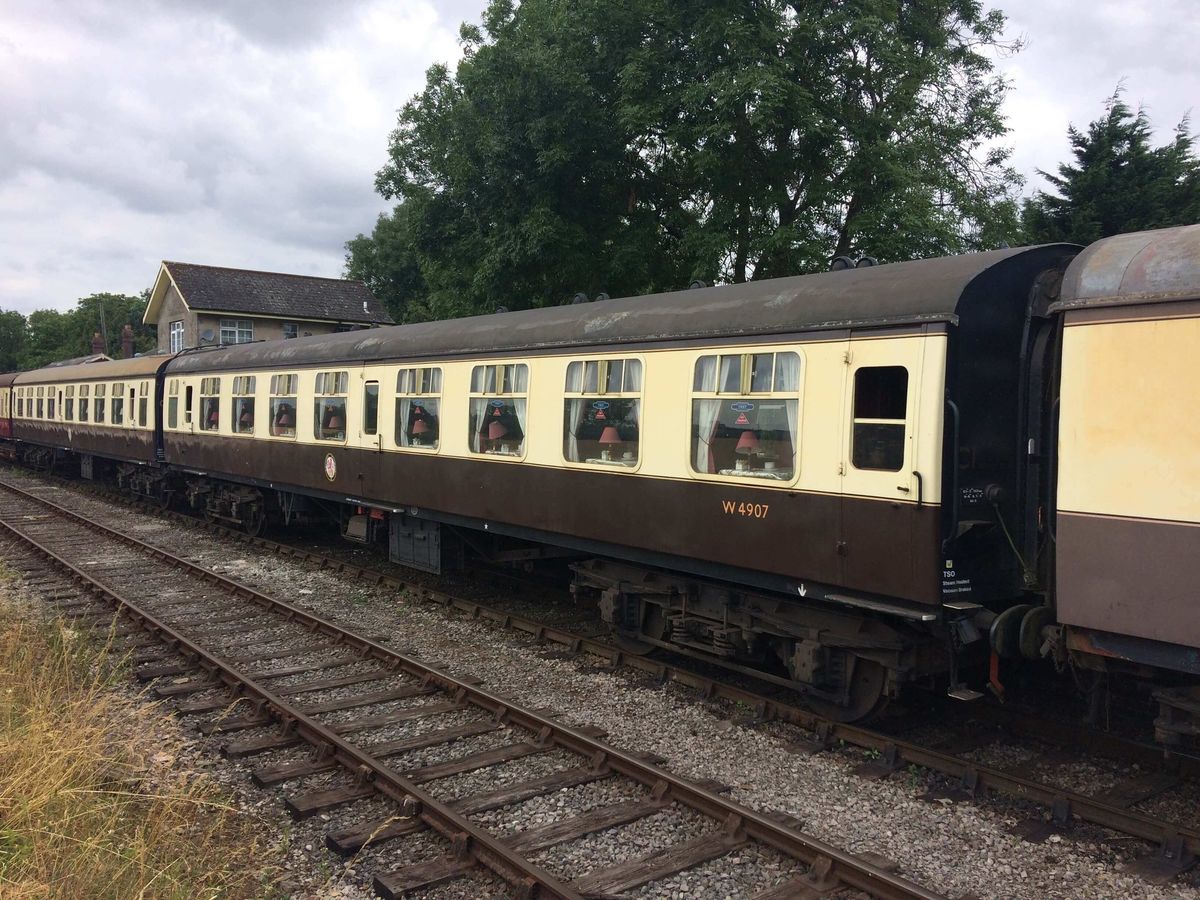 This Mk 1 Brake Corridor Second (BSK) was built in 1958 by BR at its Wolverton works to diagram No.181, lot 30427.  Originally preserved in 1990 it has had a number of owners and has moved around the country from Dairycoates to Crewe, Southall, Cranmore, Stewarts Lane and finally back to Cranmore in 2004!  This coach has basic facilities to enable wheelchair access and for those with reduced mobility to ride on our services. 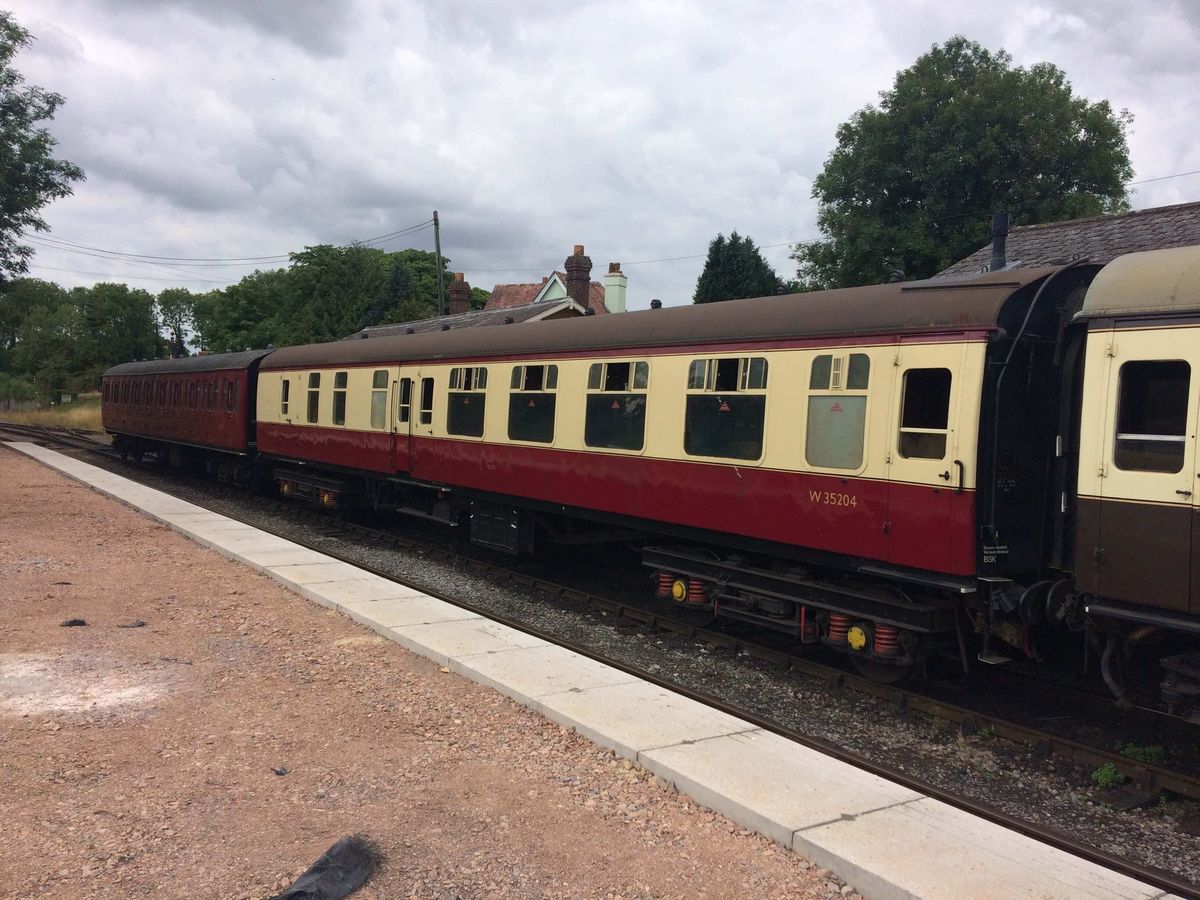 This unusual coach was originally built by BR at Eastleigh in 1962 on the underframe of a coach which was wrecked at the infamous Lewisham crash in 1957.  The body is an experimental GRP construction and the only one of its type in the country.  It is a non-corridor compartment coach typically used on busy suburban services and gives our visitors a taste of suburban travel in the 1950s and 60s. 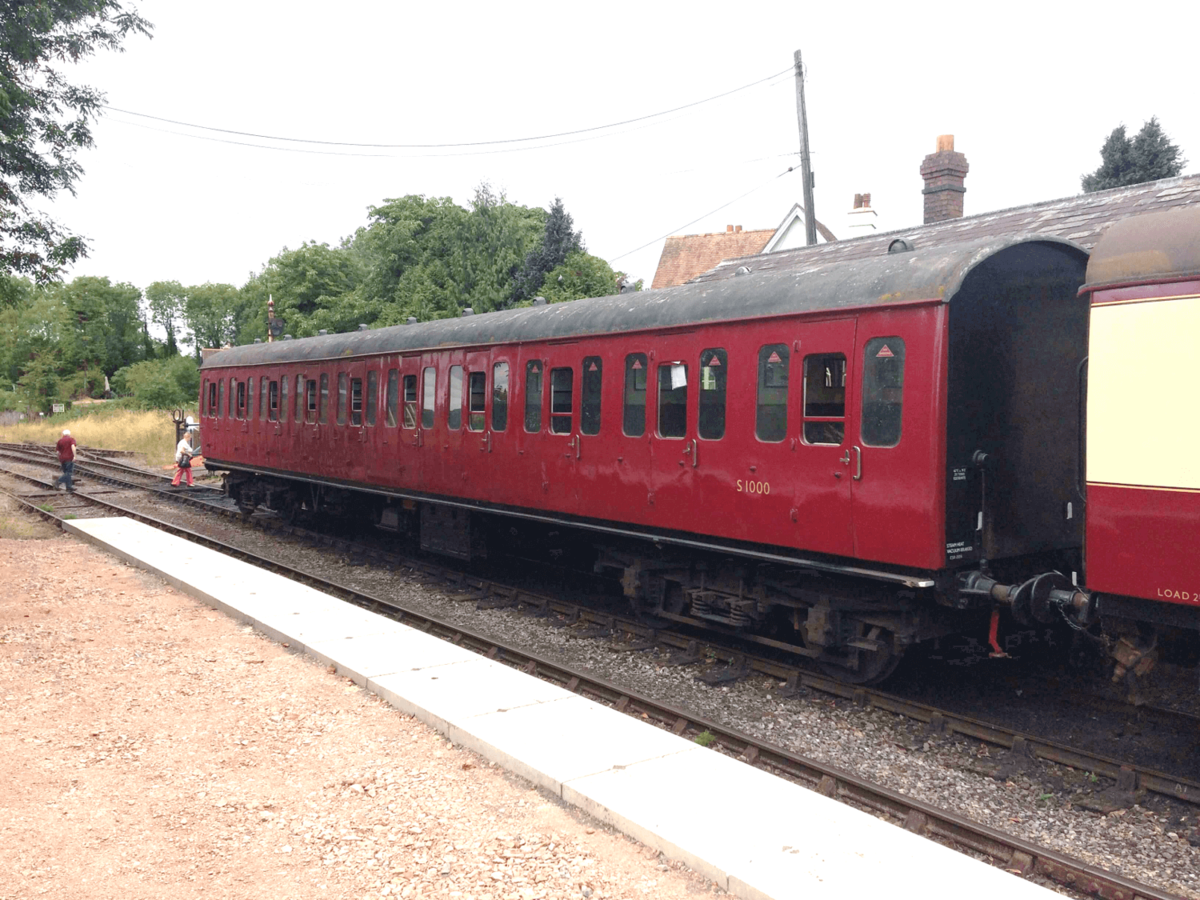 This Mk1 Brake Corridor Second (BSK) was built at BR Wolverton works in 1963 to diagram no. 181 lot No.30721.  After leaving passenger service with BR it was purchased by Balfour Beatty Rail as a support coach for their contract railway maintenance company and was fitted with a generator, air brakes and modified manual braking system, which could be operated from the trackside.  It was purchased by the ESR in 2016 and in 2017 restoration and conversion commenced.  This coach will become a new kitchen car with bar and dining facilities for persons with reduced mobility and is expected to enter service during 2020.

The Esso Tank Wagon was built by Charles Roberts of Wakefield in 1939 for the Anglo American Oil Company (who morphed into Esso in the early 1930's) and given wagon No.165608.

It appears to have been repaired or restored by Wagon Repairs Limited in March 1961.  This company was formed in March 1918 by the amalgamation of several major railway freight manufacturers.  The company had various sites around the UK, so it is not possible to identify where the wagon was repaired or what exactly needed to be done.

The Esso Tank Wagon was donated to the ESR and an extract from 'The ESR, An Illustrated Guide' by David Shepherd (1975) explains this "....and did you know, for example, that as a direct result of my well-known painting 'Tiger Fire', which, in 1973 raised £127,500 in six weeks to help save the tiger from extinction, the Esso Company donated their magnificent tank wagon to The East Somerset Railway?...."  At the time of its donation, the wagon would have been in the Esso livery, however, subsequently, David Shepherd took exception to Esso’s advertising slogan ‘Put a tiger in your tank’, so had the wagon repainted in black, Shell livery!

Recently underwent restoration and repaint in the original ESSO livery and completed late 2019. 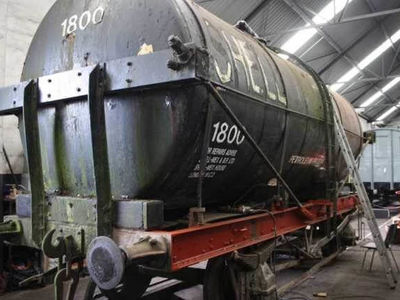 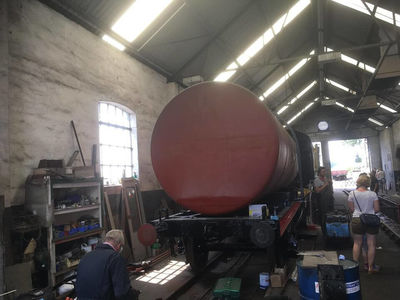 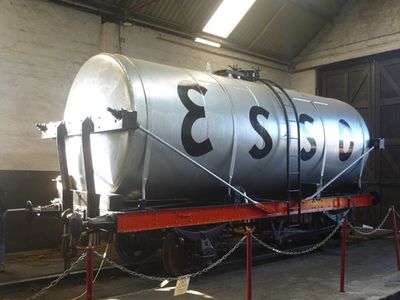 This Brake Van was built in Stockport in 1959 as vehicle number AD49028 for the Longmoor Military Railway (LMR). The design is British Railways Standard 20 ton.The LMR was used to train military personnel in the use of railway vehicles.Whilst at the LMR the Brake Van would have been painted in military blue livery.East Somerset Railway acquired the brake van during the 1970’s.Currently being restored at East Somerset Railway where we intend to paint it British Railways standard ‘Bauxite’ colour, the brownish red colour, with black chassis.The new timber sections at the ‘East End’ are European Green Oak for the veranda structure with Marine Ply for the veranda panelling and flooring.

At the ‘West End’, the main structure is sound enough to only need light restoration. However, the beading around the windows at this end has needed more drastic replacement.The new side steps have been completely replaced and are in Pine and have been treated with several coats of preservative.Once the outside has been finished with topcoat of ‘Bauxite’, the inside will receive some attention. This should only entail cleaning and re-painting. 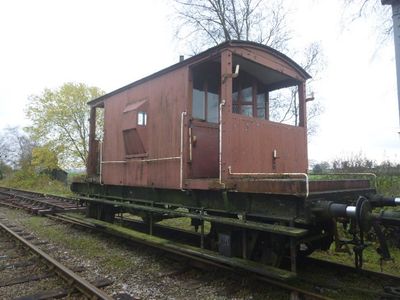 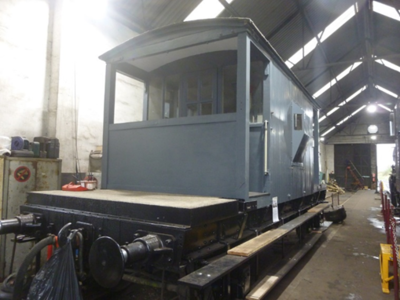 Other Mk1 carriages and occasionally diesel locomotives regularly appear on site when they come to be overhauled by CTMS.