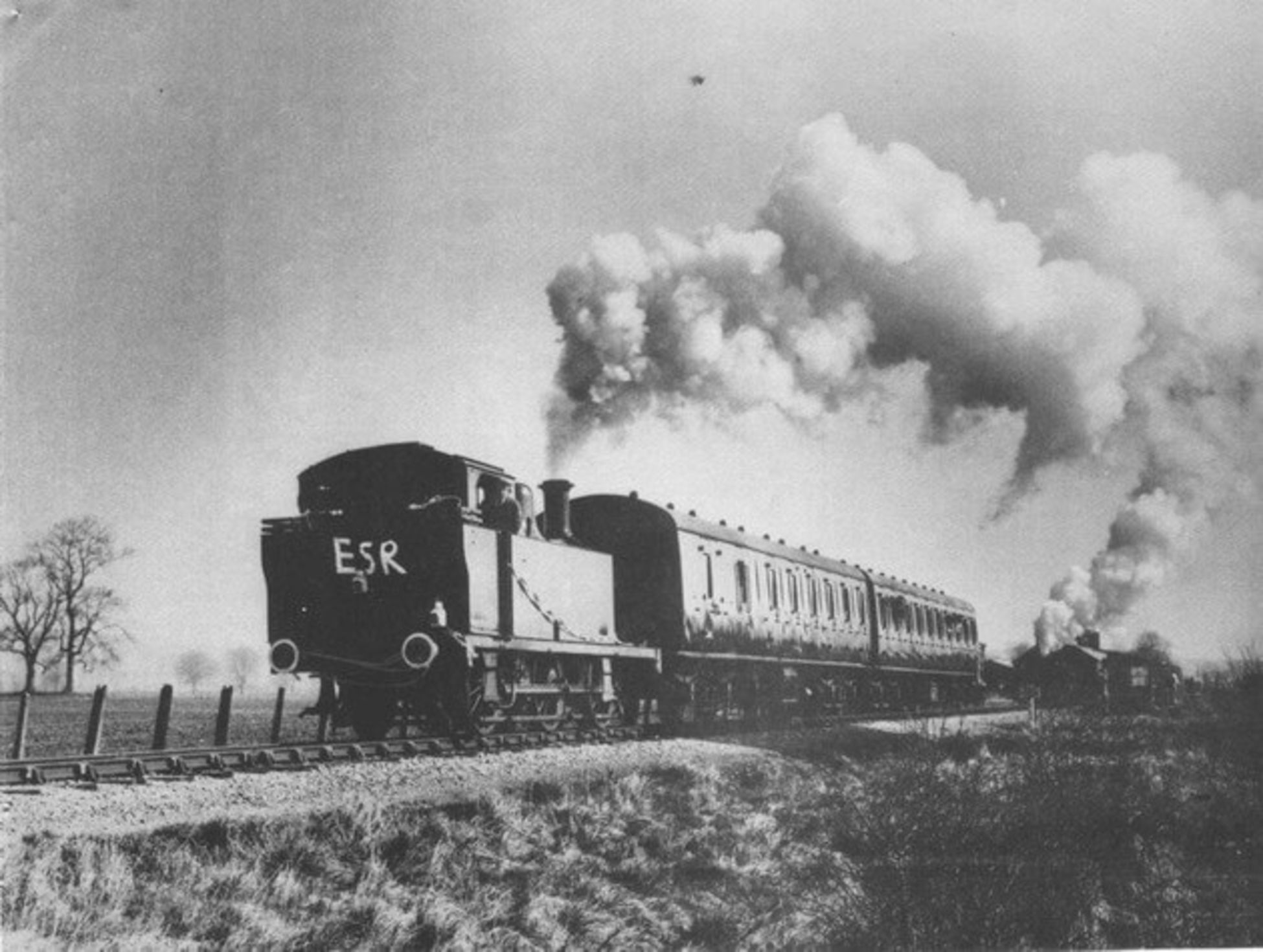 An brief history by Tony Jepson:

The 9th November 2018 is the 160th Birthday of the East Somerset Railway, during which time its fortunes have risen and fallen, fallen and risen with regularity.

The East Somerset Railway is a Brunel railway (Isambard Kingdom Brunel was the Surveyor), though it was not originally owned by the Great Western Railway, that came later. Opened in 1858, it originally ran from Witham to Shepton Mallet and was built under an 1856 Act of Parliament. The GWR ran the line for the East Somerset Railway, as the ESR only owned the rails and had no rolling stock. The first train was hauled by a classically named engine called Homer (honouring the poet rather that the cartoon character!) and thereby starting the ESR on its own Odyssey.

The line was later extended to Wells where it joined the Strawberry line and continued through to Yatton.

The line has many stories attached to it (many of which are recounted in the ESR Guide Book, available at Cranmore Station Shop for a modest £4.95).  How many railways do you know that had a waltz written for it?!

Originally built to GWR broad gauge, the line was converted to standard gauge in 1874 and around the same time the East Somerset Railway sold out to the GWR. It had run out of money, sadly an event which was to plague several times in its long history.

Always a modest railway, the ESR depended on passengers and rock for its prosperity, with a drop of milk thrown in. Quarrying was and is big business in the Cranmore area and soon Cranmore Station developed links with local quarries and a narrow gauge railway was built from Waterlip to Cranmore, with a rock crushing plant erected close to the mainline.

Like many railways the East Somerset Railway lost its fair share of staff to World War I, whilst the aftermath of World War II saw usage of the line drop off with the rise of the motorcar and the transport of stone by lorry. The mainline finally closed for business in July 1964, having carried its last passengers a year earlier. The line was then only used for Foster Yeoman stone trains from Dulcote and Bitumen laden freight for the next four years, at which point the line died.

But help was soon at hand as the first timid shoots of the Heritage Railway industry crept through the cracks in the sleepers. The renowned Wildlife Artist, the late David Shepherd, was looking for a home for two engines he had acquired (Black Prince and The Green Knight). He found this home at Cranmore and acquired it. The East Somerset Heritage Railway was officially opened to the public on 1st August 1974. It’s has had its ups and downs since then but is now thriving and providing a much needed tourist attraction for the locality. It is run by a number of dedicated and enthusiastic volunteers, recently boosted by the ward of a Lottery grant to reinstate the second platform at Cranmore Station.  We are always looking for more volunteers to help keep our steam heritage alive, so why not come and join The Friendly Steam Railway as we aim for another 160 years!

You can now rebook your Cream Tea, Sparkling Afternoon Tea and Sunday Lunch.