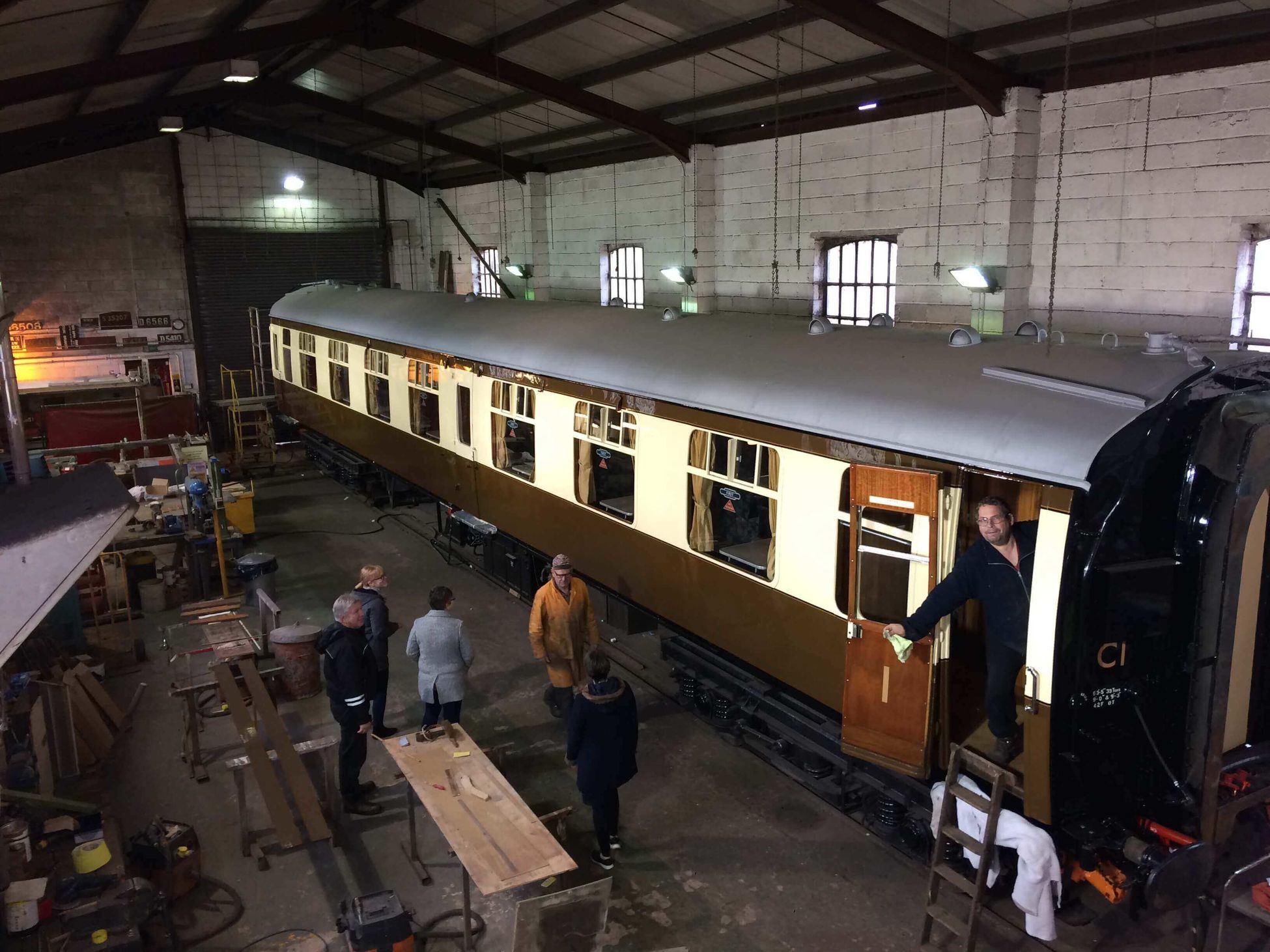 Cranmore Traincare and Maintenance Services (CTMS) was established in July 1995 as a trading division of Cranmore Railway Company Limited, which is the commercial arm of the East Somerset Railway, a registered charity.

Facilities were set up to provide a base for a carriage overhaul business to be available to both heritage railways and main line charter operators.

Since 1995, CTMS has been undertaking quality carriage overhauls for customers across the UK. They specialise in body overhaul of Mark 1 and Mark 2 coaches, work on Mark 3 coaches, wagons and locomotives (both steam & diesel).

CTMS has the experience and skills to undertake both heavy body overhauls, vehicle conversions, quality repaints, body component repairs or supply and can undertake bogie and running gear overhauls to heritage railway standards. They also have quality systems in place to monitor conformance.

CTMS has no shareholders, so any profits made are transferred to the East Somerset Railway for the preservation of railway heritage.

Nigel Dyson, Workshop Team Leader
Nigel joined CTMS in December 2018.  He has a great deal of knowledge in production, ensuring that all tasks are carried out to high quality and within strict timescales.

Mike Richards
Mike has been with CTMS since 2005. His expertise lies in coach painting and body restoration from experience in the automotive industry.

Jeff Bown, Vehicle Builder/Welder
Jeff has been with CTMS since 1997. He is an expert in steel fabrication, welding and heavy timber work and has vast knowledge of vehicle components.

Owen Stone, Carpenter/Vehicle Builder
Owen joined CTMS in November 2017 as a carpenter/vehicle builder.  He completed a Level 2 Apprenticeship before joining the team.

June 2015 saw CTMS achieve 20 years in business. During that time they have overhauled and/or repainted over 100 vehicles, including Mark 1 and Mark 2 coaches, luggage vans, steam and diesel locomotives and a number of historic wagons for both the heritage and charter markets.